The Accreditation Board of The All-Ireland Business Foundation is delighted to announce that it is to induct Mr Seán McCool, Founder of International Airline Marketing Limited (IAM), to its Hall of Fame.

The accolade is in recognition of Seán’s outstanding contribution to Irish Industry & Commerce over the seven decades of his career.

In our opinion, the pioneering work undertaken by Seán in the development of the Air-Cargo Sector has made an enormous contribution to the flow of cargo on and off the island, an infrastructure which has established Ireland as a major global export hub. 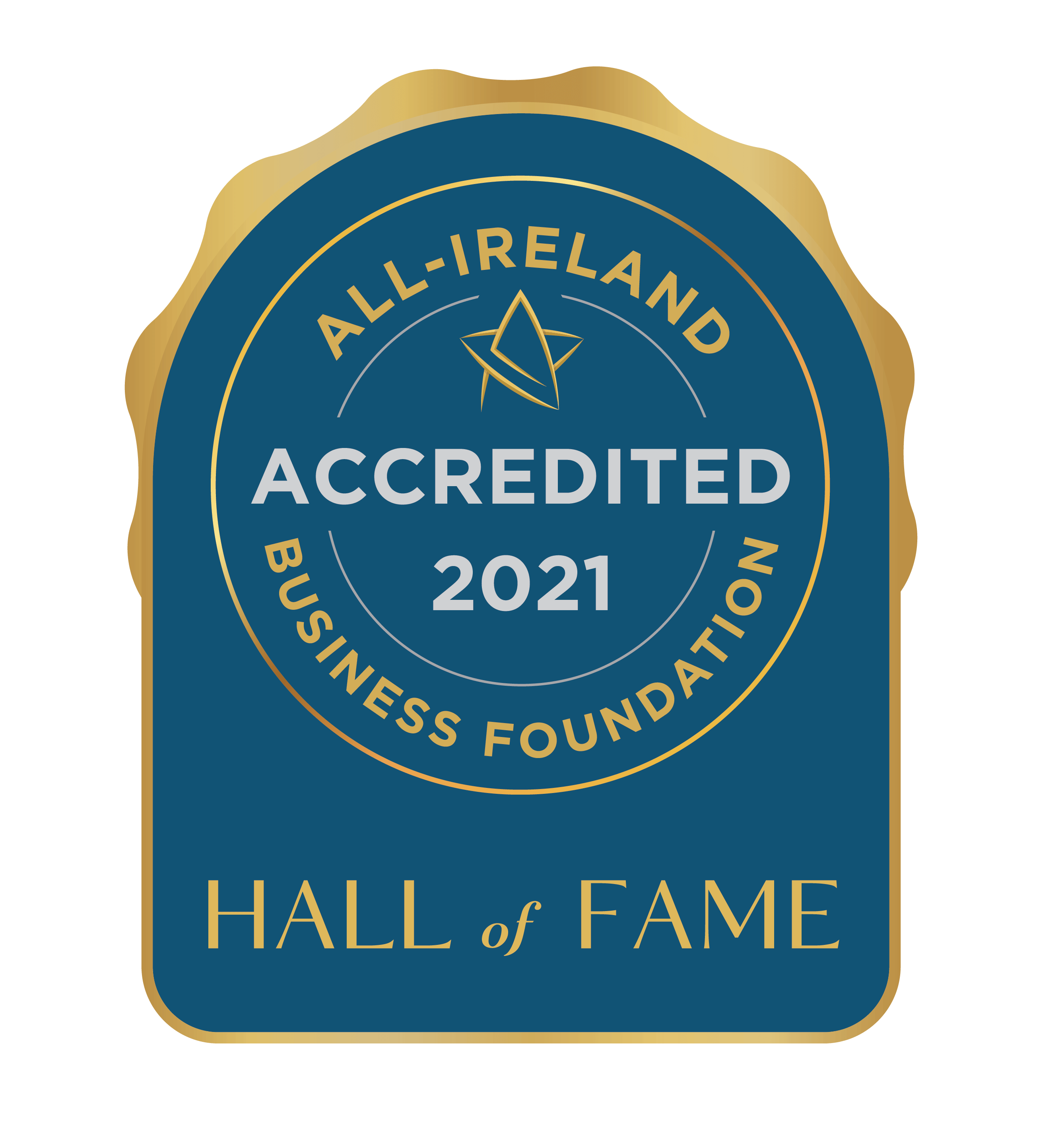 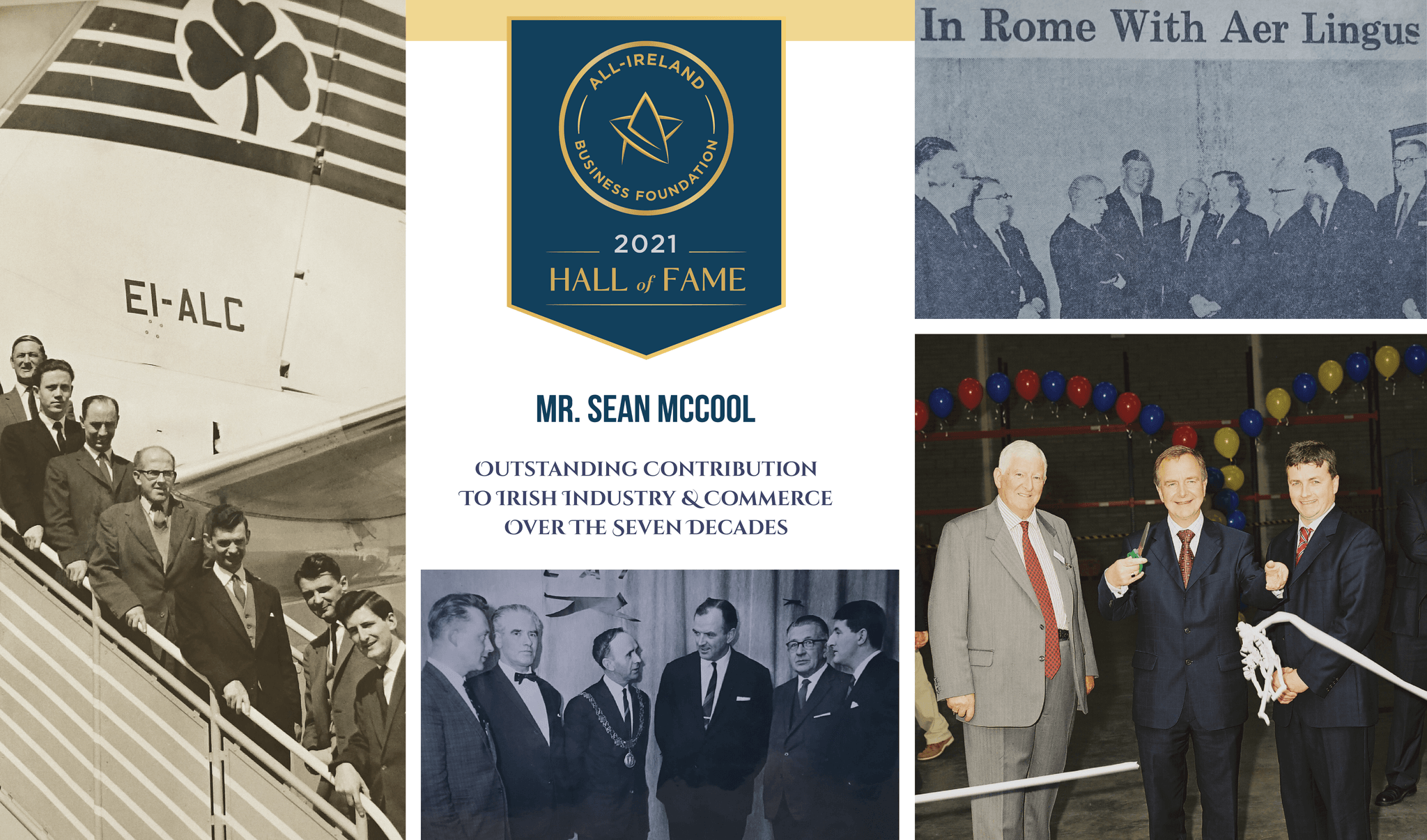 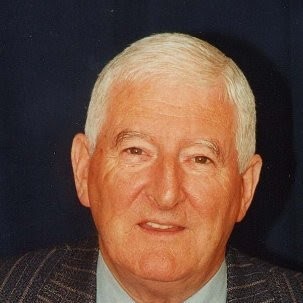 Sean’s early career in the 1950s saw him penetrate the highly competitive international air cargo business, holding numerous senior positions including key roles in Seaboard World Airlines, Brinks, who he introduced to Ireland and Aer Lingus commercial cargo, where he was responsible for the establishment of the highly successful cargo operation in Ireland and Europe. Between 1960 and 1964, Sean participated as an Aer Lingus Executive on the Marketing Committee of the Confederation of Irish Industries.

Sean also established a number of companies in the Shannon Free Zone, including Shanex and South West Trading, entering the latter to joint venture with Minet Worldwide. In the 1980’s, Sean joined the board of Havelet Holdings, a Minet subsidiary.

Sean was nominated for President of the Junior Chamber of Commerce Ireland on which he served on the National Executive.

In 1987, he assumed the position of Chairman at Ryanair Executive Jet Terminals. A year on, Sean went to South Africa as GM of Hudson Offshore Holdings, playing a key role in procuring one of the largest projects in the Southern Hemisphere at that time. In 1988-1989, on behalf of Asea Brown Boveri (ABB), he successfully negotiated with the Yemeni Government, a massive capital project to refurbish the Aden Refinery.

Sean is a founder member of the Irish Air Cargo Institute and the Irish Institute of Freight Forwarders (IIFA), where he was awarded an Honorary Fellowship for service to industry. During his time with the IIFA, Sean played a crucial part in Ireland's two successful bids to host the prestigious international FIATA Congress events in Dublin (in 1981 and 2016).

He is a former Council Member of FIATA, the Irish Exporters Association and a previous VP of the European Confederation of National Freight Forwarders’ Associations (C.L.E.C.A.T), a consultative body to the EU Commissioner of Transport.

Established in 1989, INTERNATIONAL AIRLINE MARKETING LTD (IAM) is Ireland’s largest Air Cargo General Sales and Service Agent (GSSA), responsible for over a quarter of all freight from Ireland. Working on behalf of numerous world leading airlines including American Airlines, Etihad Airways, Air Canada and All Nippon Airways, IAM forms the core of an expanding group, which includes cargo trucking, handling and training divisions.

As the official Irish cargo sales, marketing, reservations and customer service office for all client carriers, IAM provides a vital local contact point for all Irish Freight Agents. Taking care of numerous reservations daily, IAM staff always work to ensure that all cargo booked moves as requested, on time and safely, to destinations around the globe. In September 2005, IAM broke the 1 million kilo per month barrier for the first time. Better still, to this day, IAM continues to break tonnage and revenue records on behalf of client airlines.

This success reflects the high calibre of carriers represented and the consistently high standards of service delivered by IAM staff. All aspects of cargo sales, trucking and handling are continuously governed by rigorous quality control systems. IAM’s ‘Flown as Booked’ statistics consistently achieve a 100% success rate and road transportation operates to a standard 98.9% ‘Delivered on Time’.

Join the Tribe of 500+ Elite Businesses Across Ireland